Need to get Online?

Great value domain names, from 99p and Fast, reliable and secure web hosting that is designed to grow as you grow. On top of that, professional and robust email services.

We can help manage your site, tune it up and help fix it if it all goes wrong. We can even help keep it updated.

Need a website? You can choose a DIY option with our awesome Hippo Builder, or find out more about our range of website design services.

From your business name, domain name, email, website and SEO. We have a range of startup business tools to help you grow your business online.

Login to Your Hippo Portal

Minecraft Servers in the Cloud 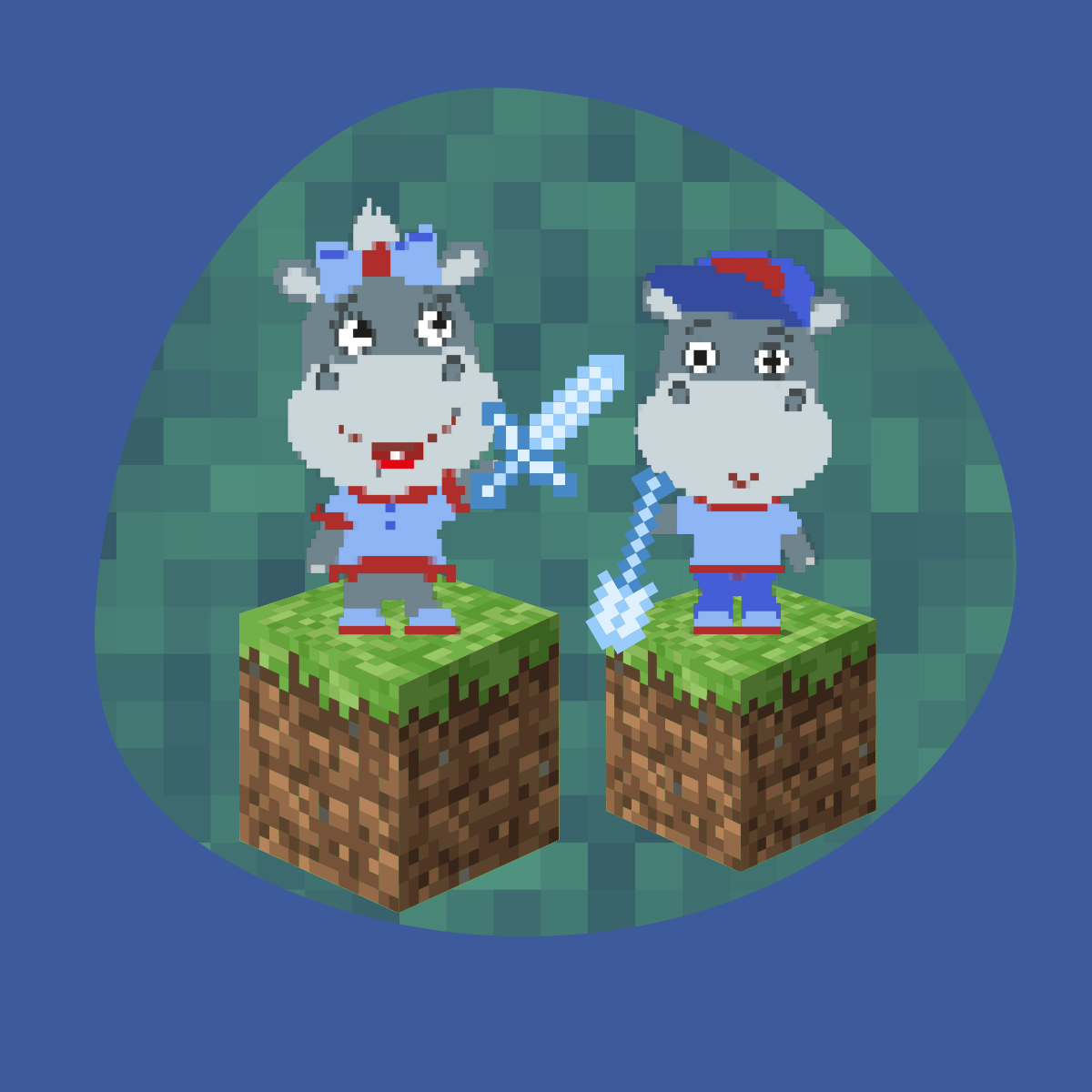 Why your own Minecraft Servers?

Minecraft has become very popular due to its huge online communities and loads of mods that exist for it. Many people play this on public servers, but private servers are now more popular for players that want their own isolated world. This can have its own rules and just be used with your own gaming friends.

When a player decides to set up their own server, their first choice is to set up a server on a computer in their own house. I mean, why wouldn’t you, it’s cheap and relatively straight forward to do!

However, once the gaming becomes established, you can soon run into problems using your own equipment and your domestic internet connection.  In this blog post we look at why remote hosting is usually better, than hosting from a server in your own home.

Remote VPS servers or dedicated hardware, just run Minecraft. There is no need to worry about other applications slowing the computer down. If your home computer suddenly decides that it wants to perform an update, or another household member decides to use it to edit photos, the performance will grind to a halt.
Even if you have your own computer dedicated to Minecraft, you will be sharing your internet connection with other members of the household.

If someone is watching Netflix, someone else uses Spotify, suddenly your available bandwidth is being consumed and this will lead to lag in your gameplay.

By choosing to host your Minecraft server in the cloud, it will have the resources and bandwidth to run perfectly. Even if someone is hogging your bandwidth, other players won’t suffer.

If you turn your computer off, your sever connection will go down. If your internet connection drops, your server will go down. And of course, you know what will happen, during a crucial gaming session, your computer will decide to do a software update and restart – thus, once again, taking your Minecraft server down. All the active players will be kicked off, and you will have to wait before you can invite them back again.

If you have a hosted server, you can expect 100% connectivity. Reliable providers will keep your Minecraft server access for 24/7. Even if you have a power failure in your home, other players will remain connected.

The average cost of electricity per KWh in the UK (as of July 2022) is 0.28p. If you are running a game server, your computer will be under load and could be drawing up to 500W of power. This would cost around 14p per hour to maintain, or £3.36 per day. This translates into an eye watering £1226 a year. And that’s before any additional price rises!

Cloud hosted Minecraft servers have dedicated routes onto the network, which makes sure that all your players experience low latency gaming all the time.

If something goes wrong with your gaming server, it’s up to you to get it working again. Whilst Cloud hosting providers won’t typically support your Minecraft installation, they will support the hardware that is running it. So if it goes down, someone will be on hand to getting working as quickly as possible.

At Hipposerve we offer a range of Minecraft servers with preinstalled software. These start from just £4.99p/mo and can have you set up and running in just a few minutes. You can even choose which server version you wish to install, from Minecraft Vanilla, Minecraft Bedrock, Minecraft PaperSpigot and Minecraft Forge. You have full access to the console and full control over the installation via a VNC console. It’s just like having your own gaming server at home, without all the disadvantages.

To find out more about our Minecraft Servers hosted in the cloud, visit this link. For everything Minecraft, including server documentation, visit the official Minecraft site, here.

We have over 20 years experience of the industry each, either on the technical side, in support or in sales. This wealth of expertise across the industry makes us ideally placed to serve our customers. Having experienced first hand poor customer services from a number of different hosting providers, customer satisfaction became the number one priority when we founded the company.

Our aim is to make your hosting experience as straightforward as possible, so you can get on with using your site as a promotion tool, or concentrating on your business.

As well as amazing prices, great service and excellent customer support, you can also take advantage of:

1) A Free Hippo on many of our products

Ordering a hosting package is a fully automated process which can be completed from our website. If however, you wish to discuss package options with us, or any other hosting related query;  just drop us a line at our support desk.

Important: Our blog posts contain an archive of articles published by Hipposerve. Some of these refer to legacy products, that are no longer available, and may include references to prices and offers which have since been updated. Readers should be mindful, that only products, prices, and offers shown on our main website pages, and not in our blog section, are current and available. Hipposerve is unable to honour any prices or offers listed in our historical blog posts.

Hipposerve Admin is loves swamps and is vegetarian. His favourite meal is grass. Has a passion for swimming.

Subscribe to our Hipposerve newsletters for tips & tricks, all our latest offers and news from the industry.
Thank You! You have successfully subscribed to Hipposerve 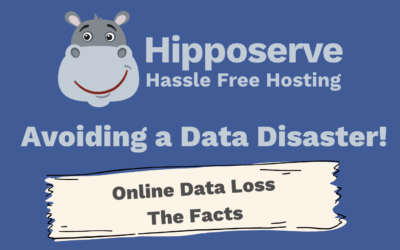 Avoid losing your precious website data with a backup solution from Hipposerve. Restore your website in minutes rather than weeks. 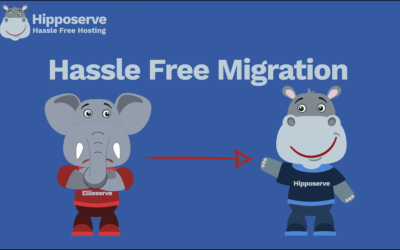 Hassle-Free Migration — Moving your website from one host to another shouldn’t be difficult. Here is how Hipposerve can help.

Hipposerve use cookies on our website to give you the most relevant experience by remembering your preferences and repeat visits. By clicking “Accept All”, you consent to the use of ALL the cookies. However, you may visit "Cookie Settings" to provide a controlled consent.
Cookie SettingsAccept AllRead More
Manage Cookie Consent

This website uses cookies to improve your experience while you navigate through the website. Out of these, the cookies that are categorized as necessary are stored on your browser as they are essential for the working of basic functionalities of the website. We also use third-party cookies that help us analyze and understand how you use this website. These cookies will be stored in your browser only with your consent. You also have the option to opt-out of these cookies. But opting out of some of these cookies may affect your browsing experience.
Necessary Always Enabled
Necessary cookies are absolutely essential for the website to function properly. These cookies ensure basic functionalities and security features of the website, anonymously.
Functional
Functional cookies help to perform certain functionalities like sharing the content of the website on social media platforms, collect feedbacks, and other third-party features.
Performance
Performance cookies are used to understand and analyze the key performance indexes of the website which helps in delivering a better user experience for the visitors.
Analytics
Analytical cookies are used to understand how visitors interact with the website. These cookies help provide information on metrics the number of visitors, bounce rate, traffic source, etc.
Advertisement
Advertisement cookies are used to provide visitors with relevant ads and marketing campaigns. These cookies track visitors across websites and collect information to provide customized ads.
Others
Other uncategorized cookies are those that are being analyzed and have not been classified into a category as yet.
SAVE & ACCEPT
Powered by